The Accounting Path is doing a several part series taking a closer look at different areas of accounting in the tech startup world. We will be talking to several members of Airbnb’s accounting team to learn more about their roles, the paths they took, and what working at one of Silicon Valley’s hot startups is like. 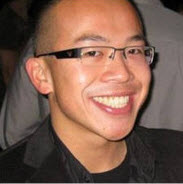 Herman is a Financial Consolidations Manager at Airbnb who took a unique path over the course of his career. Instead of entering public accounting out of undergrad, Herman started in industry at Zynga, cutting his chops in the tech scene. He moved up quickly and now runs consolidations across the global footprint of Airbnb’s business.

The Accounting Path: What was your path to accounting?

Herman: I was always more analytical and was good at math. The Big 4 recruited pretty heavily at UC Santa Cruz, and being the practical person I am, I thought accounting would be a good safety net so I pursued it early on. The funny thing is that early on I hated it, because I couldn’t apply it to anything. I thought I would do tax instead, but realized that it was a little too technical and rule based for me. I ended up shifting back to a more of a staff accountant mindset, with a path that concentrated a lot more on business management.

The Accounting Path: What did you pursue after school?

Herman: I was unique. Instead of the Big 4, I ended up in industry at Zynga, which is one of the best places I could have landed. Being at a small company gave me the opportunity to do basically everything in accounting. I wanted to work on lots of different things. I had lots of friends who went into the Big 4 and hated it, because they didn’t actually get to do accounting. They were doing really long hours, spending time auditing and watching from afar. I decided that wasn’t for me. As one of the first staff accountants at Zynga, I was able to do everything: investments fixed assets, cash etc.

The Accounting Path: Were there a lot of roles at early stage companies like that?

Herman: Not really, especially when I had basically zero experience! I knew one of the recruiters but still had to work hard to impress the Controller and the accounting managers. The role I had at Zynga was very similar to Airbnb and other early stage companies. They needed people to set up processes and just get stuff done – not necessarily to have a Big 4 background – so that was my initiation into accounting. All of the people I worked with came from Big 4, so I indirectly learned how to notate things, write memos, and make sure documentation was tight. It was a good combination of learning and work experience across a lot of different areas.

The Accounting Path: How did working in a start-up first impact your accounting skill set?

The Accounting Path: How did your role evolve and change?

The Accounting Path: Walk me through what consolidations is like compared to other areas?

Herman: It is definitely more advanced. You start working with currencies, foreign exchange, and other areas. Consolidations experience is kind of a unicorn in the industry, and it is especially relevant with international businesses like Airbnb. Compared to other roles, I spend a lot of time reviewing financial statements to make sure GAAP accounting is applied and do flux analysis. You also essentially execute the tax structure of the company, meaning you work very closely with the tax team on building out the calculations and operations. At the end of the day, you also get to affect money movements, so from that perspective you get both theoretical transfer pricing and operational experience.

The Accounting Path: Was the majority of your training on the job?

Herman: It was all on the job, but I definitely had to read up on FX and the huge amount of complexity around consolidations. Early on, you have no idea what’s going on and I had to read the accounting guidance and be curious in the field. In order to be successful, you need to have both technical skills and knowledge of the enterprise resource planning system. At the end of the day, the ERP system does a lot of FX stuff for you, so you are working to ensure the system is doing what it’s supposed to do, and that it all makes sense. That’s the sort of experience you would just never get starting out at a Big 4 firm.

The Accounting Path: You ended up at another small company. Do you like the challenges that come with that size?

Herman: One of the big things for me was that I had hit a Manager level and there was a ceiling on where I could progress. Being at a small company, there isn’t always a set career path. That was a sign for me to start looking, I knew some people at Airbnb and there was an opportunity to do it all again with more experience, which proved to be very exciting. I think of myself as a builder. I knew I could provide value and structure to some of the chaos. It’s also nice that there are areas of growth at a small company. I’ve had the ability to expand my skill set, and in the future I’ll also have the ability to explore more complex issues and develop.

The Accounting Path: It seems like there are lots of areas to explore within the field.

The Accounting Path: How would someone follow a similar path to what you did?

Herman: Being open minded and not being content with the status quo. It’s really important to keep pushing onward and look for the next thing to do. Maybe it’s a function of personality, but for me it’s really important to learn different areas of the business. As I look back on it, I think I would be one of those rare cases where I would do it exactly the same. I’m really content with all of the opportunities I’ve had, the decision to become an accountant, and where I ended up.